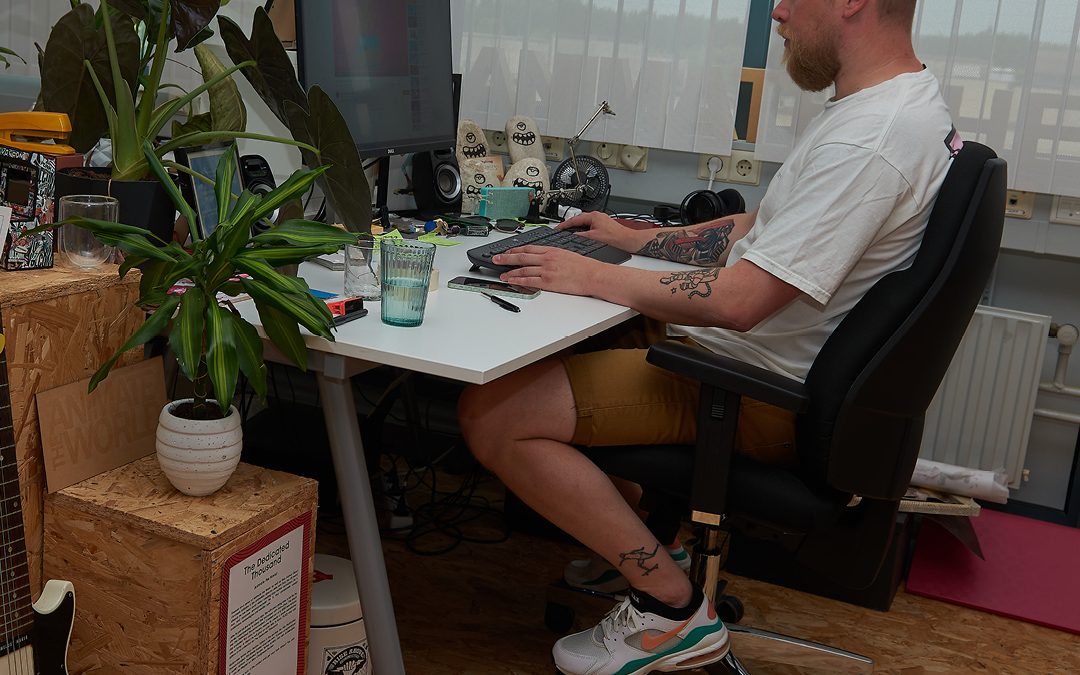 Jelle’s adventure started in 2006. During his graduation, he made an impressive animation video, in which he captured his life in stop motion. This subsequently went viral and ensured that it quickly received the attention of various media and clients. After this, he started Animate the World, a company that makes animations for companies. For example, they have animated for Innocent, Fisherman’s Friend and Autodrop. Next to animations for his company, he also works on his own animations.

Jelle has a great passion for animating. He likes to create things and gets his ideas from his environment. His strength lies in making stop motions. What appeals to him most in this form of animation? He looks at everyday objects in a different way and thinks, for example, how a piece of tape comes to life. Jelle: “If you have a great passion for something, you don’t realize how long it will take you.”

At the moment he is working on his own project: “Dedicated Thousand”. Thousands of tattoos have been processed in this animation film, spread all over the Netherlands. With this film, he hopes to inspire people to live more sustainably.

Jelle has now been in the business for over fifteen years and he is far from bored. He doesn’t know the next stop yet, as long as he has fun there.