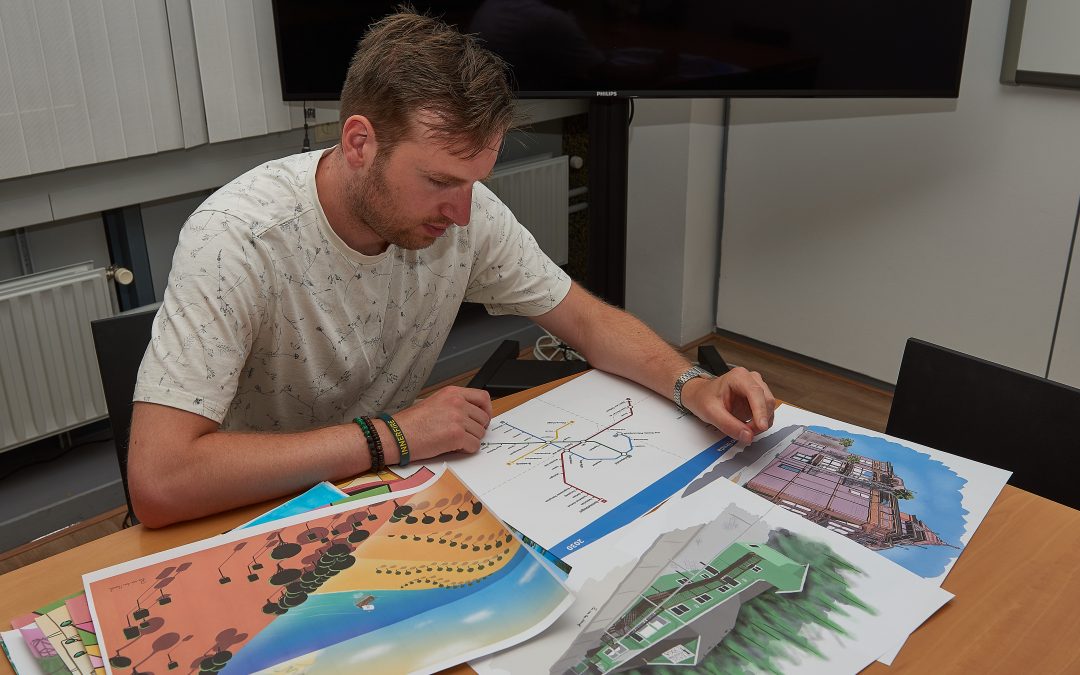 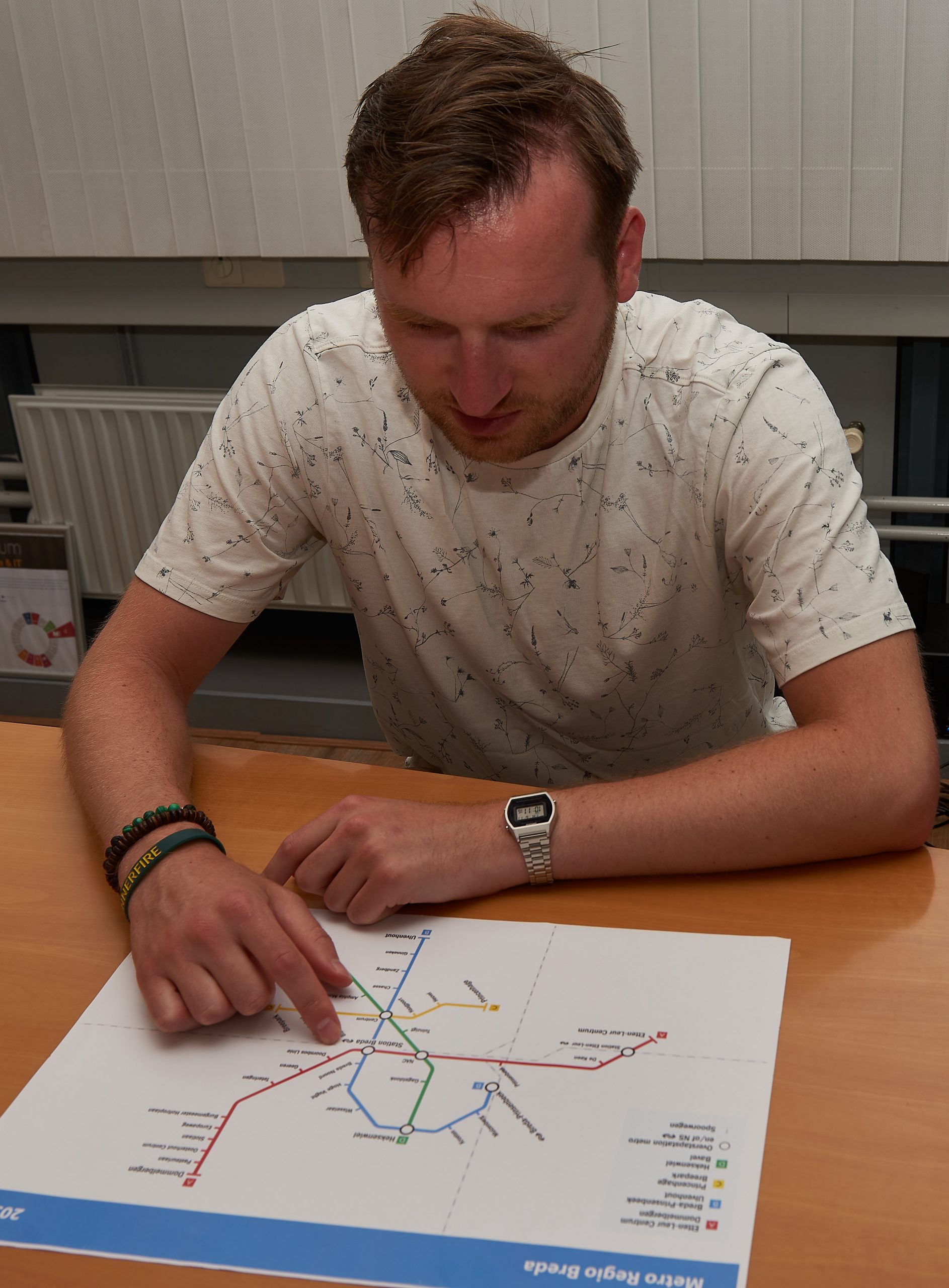 Pim started at Spectrum Multimedia & IT six years ago. This is a company where people who are on the autistic spectrum are safely guided by multimedia and IT specialists. Pim works on assignments for companies and also has his own projects. One is designing fictional metro systems.

It all started in Breda. Due to the many traffic jams and the lengthy public transport in and around the city, Pim came to the conclusion that things had to be done differently: an underground metro system where you can travel from one side of the city to the other within a few minutes. He takes everything into account, such as connection points, and distances and it must be feasible. After a lot of thinking, he put his design online. The responses have been great. Many people believed that the city actually wanted to build a metro line and those who knew it wasn’t reacted positively.

After the success of this metro line, it was expanded to include Tilburg, Eindhoven, and Etten-Leur, but other cities like the American city of Houston also got their own metro line. Even though his metro systems will only exist on paper in the near future, he continues to use these talents, because: “if you have a passion for something, you have to go all out for it.”